Republic of Angola is a country on the west coast of Southern Africa that is located on the shores of Atlantic Ocean with its tropical beaches, unique wildlife, and a mixture of cultures. It is therefore not a surprise that it is becoming a heart of tourism attraction of Africa, striving to expand casino gambling business both offline and online.

Although Angola is a gambling-friendly country that allows almost all gambling forms as long as the service provider has a license authorised by the Angolan gambling authority, it has not issued any license to any of the online operators yet, meaning that there are no licensed online casinos based in Angola at the moment. As such running one without a permit would be against the law. In a result Angola has no form of online players protection.

Nevertheless, it doesn’t mean that Angolans are in any way limited when it comes to the high-quality gambling experience. They are open to a wide range of strong, authorised international online casinos that welcome players from Angola and have a lot of perks on their websites.

It is also not that hard to find a great online casino that really takes care of their players and offer the world of fun gaming in Angolan official language which is Portuguese.

If you are an Angolan gambling lover, you can freely choose any of the offshore online casinos and enjoy your time without having to look behind your back. 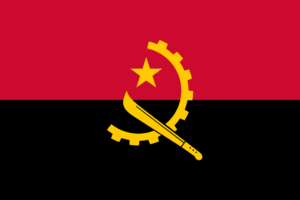 Gambling in general is legal in Angola and is regulated by the Angolan gambling authority Instituto de Supervisao de Jogos.

This was not however the main institution until not long ago. But having a colonial mark in their past encouraged Angolan government to look for the ways of forming the country’s independence in terms of gambling. In 2016 a new gambling bill named Proposal of the Games Business Act (Proposta de Lei da Actividade de Jogos) came in to replace the previous Bill on Gambling, seeking to regulate both land-based and online casinos, change the taxation system for such instances, require casinos to support country’s social sector by giving the percentage of their revenue to charities, government social projects and to control problem gambling in order to protect players. Both local and foreign player protection is something that the government wanted to address in particular, one of the reasons being tourism that would require a certain degree of legitimacy of Angolan gambling industry in order to attract players from overseas. Proposal of the Games Business Act declared all casinos to become state monopolies and to be able to operate legally after receiving Angola’s concessions. All unlicensed land-based casinos were to be shut down.

Despite addressing online gambling as such the new Angolan gambling law did not exactly specify anything regarding online casino regulations. However, it surely set the right direction for it though.

It was until just recent when Angola created the necessary guidelines to change this once and for all.  The Regulation on the Exploitation of Remote Online Gaming in Angola was approved by the Presidential Decree No. 131/20, of May 11th, 2020. This was a major step up for the country who has laid a foundation for online gambling by approving the Law on the Activity of Gaming giving the online gambling operators looking to be based in Angola all cards to do so. The government established that granted licenses will last for 10 years and anyone who has regularised contributory and tax status may apply to start an online gambling and betting business, practiced at a distance through electronic, computer, telematic and interactive media or by any other ways.

With this the South African country has a serious potential to become an important online casino gambling hub in the region.

The Angolan gambling authority the Instituto de Supervisao de Jogos (Gambling Supervision Institute) is the official institution responsible for issuing licenses to all Angolan Casinos, Sportsbook, and other forms of gambling in this country.

This however was not the first authority in Angola’s history as country’s gambling was licensed by the National Lottery Company of Angola. Around 15 gambling facilities lost their license due to the change of regulators. To avoid declaring all of them as “illegal” operators at the same time Ministry of Finance decided to license them for the time being.

Until very recently Angola did not have any licensing process for the online gambling,  but it has changed since May 2020. Now the Instituto de Supervisao de Jogos has a permission to authorise betting and online gambling with licenses for 10 years. The authorisation, signed by President João Lourenço, establishes that the so-called “remote online gaming” will be marked and framed in a perspective of supply and demand and in which the principles of preventing excessive gambling will be safeguarded.

Even though Angola has suffered decades of the civil war that took place between the 1975 and 2002 Angolans have not lacked gaming options since the colonial time when they were under the ruling of Portugal. Gambling was introduced into the country long time ago when Portuguese presented sports betting (mainly betting on football matches), bingo lotteries and casino games under the legislation formerly regulated by Ordinance of the colonial period No.517/70.

Gambling is popular in Angola and they have a bit of choice when it comes to the land-based casinos. Most of casinos are found in Luanda, the capital city of Angola, and the rest are welcoming risk-takers in Ingombota, Belas and Lubango. All of them offer a wide variety of games taking pride in the special design of their gaming establishments.

As mentioned before Angolans have the opportunity to participate in various lotteries, however there is no National Lottery in the country.

Bingo halls is another form of gambling entertainment that can be enjoyed in Angola, but there are no legal regulated Angola-based online sites for this yet.

The future of Angolan gambling looks very bright with the national director of the Angolan Ministry of Tourism Jorge Manuel Calado having huge plans in attracting more tourists to the country by developing local gambling facilities and building hotels with the land-based casinos in them. Angolan government is also looking to support the tourism sector by making the visa process for foreigners much easier than it is now. Could Angola become the next Macao or Las Vegas of Africa? That is the question to be answered in the near future.

Is gambling legal in Angola?

All forms of gambling are legal and regulated in Angola. Players have to be at least 18 years old to be able to lawfully gamble in Angola.

Below you will find the latest reviews that out team has written about casinos that accept players from Angola. Enjoy!