Armenia, known as a country of stones, is land-locked by Georgia, Azerbaijan, Iran, and Turkey. It’s located in the mountainous Caucasus region between Asia and Europe. Armenia is a cradle of the ancient cultural.

Armenia is like no other country, the right word to describe the online gambling situation here would be controversial. Even though Armenians are a smartphone-friendly nation resulting in the popularity of online gambling, it seems that the authorities can’t really decide whether it’s better to ban such activity or to regulate it. As it stands, it’s considered illegal to place bets on the international websites, however, there are no registered prosecution cases and it looks like it’s more like a grey area here. Armenian land-based casinos were quick to see the developing Internet market and started to offer their services online. Technically, as they have gambling license, it is allowed, but at the same time online casinos aren’t much regulated by the government who is also not interested in blocking the access to the foreign websites or prosecuting their residents for engaging in such activities.
If one is eager to access an international online casino one should keep in mind different aspects that would meet his expectations and satisfaction. It would be therefore smart to exercise gambling activity at the well-known, trustworthy casino platforms that take care of international players. 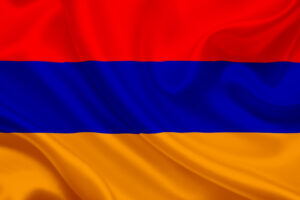 Gambling, and that includes all forms of it, is legal in Armenia under the Law of the Republic of Armenia on Games of Chance and Casino from 2003 and its amendments. This act also includes the online gambling in Armenia, as part of the regulated games in this law.
The regulatory gambling authority in Armenia is the Ministry of Finance and the State Revenue Committee is in charge of supervising.
Despite having responsible official bodies, the situation with online gambling is not quite straight forward leaving a lot of loopholes for anyone seeking to do as they please. It looks like laws are not really implemented in the real-life practise therefore some concrete changes and improvements will need to be done if Armenia wants to control this industry.

All gambling service providers who wish to legally operate and provide any of the gambling activities regulated by the Law on Games of Chance and Casino are obliged to obtain a gambling license from the Ministry of Finance.
Land-based casinos and other betting companies used to offer their online services by gaining the gambling license for online games in other countries. Not all of the providers were up for that and were offering their gambling variety without any kind of license. Although the interest of Armenian residents towards the growing online gambling market was remarkable, the country didn’t show any interest in licensing the online gambling industry until the late 2014. So, after numerous years of government’s struggle against the illegal online businesses, that were to no avail, they decided that it is for the best of the country to legalise and regulate online gambling instead of trying to stop its illegal providers. The first online operations were licensed in 2014. This was followed by an increased interest from lots of unlicensed operators and they were allowed to obtain new license after paying proper fees and license prices.
Gambling history in Armenia

Republic of Armenia gained its independence in 1990 after the dissolution of the Soviet Union.
Prior to that the only legal forms of betting were lottery and wagering on horse races. That is why it is not a surprise that gambling in general became extremely popular in Armenia straight after 1990.
The legal aspect of gambling was in the shaping state for decades after that. Despite realising the illegal activities performed in some gambling facilities in the past, such as money-laundering by the organised crime syndicates, Armenia was slow in establishing and concretising laws around gambling industry.
In 2014 authorities implemented a new law that required land-based casinos who wanted to freely operate within the country to move to the resort towns in Armenia including Jermuk and Tsaghkadzor.
The ones who’d wish to stay or start their gambling business in the country’s capital Yerevan could do so only by investing at least $100 million in their gambling sites.
2017 was met by the gambling boom in domestic online and land-based market. Controversially Armenian government was putting series of efforts to restrict betting shops and casino gaming facilities across the country. Armenian politicians passed the legislation guaranteeing a casino license for projects that would qualify as major developments.
Shortly after that, in 2018, Armenia’s parliament started to consider legislation that could further restrict gaming establishments on its territory. This was not quite welcomed within the Armenian population that partially consisted of the gambling staff and operators. As they were not happy with the situation, they took it to the streets by protesting and expressing their anxiousness.
In 2019 Armenian government voted for the bill that would force all gambling establishments to move to the specific zone. According to the adopted amendments to the new gambling legislation, gambling would be banned in public places. It also proposed to block access to online casinos in public places (hotels, cafes, bars, restaurants, Internet clubs, shopping malls, gas stations, etc.) or else the owners of the venues would be significantly fined.

Is gambling legal in Armenia?

Yes, all forms of gambling are legal in Armenia, according to the Law of the Republic of Armenia on Games of Chance and Casino.
It is illegal, however, for Armenian players to gamble on the websites licensed in other countries.
The legal gambling age in Armenia was changed from 18 to 21 in September 2018.

Below you will find the latest reviews that out team has written about casinos that accept players from Armenia. Enjoy!