Officially called Argentine Republic this sunny country is located in the southern part of South America. Argentina is the second largest and the second most populated country in Latin America holding the 8th place in the ranking of world’s largest countries alongside. Probably that is the reason for Argentina’s exceptional amount of climate diversity. Argentinians form the largest Spanish-speaking nation by area.

Argentina is a federation of twenty-three provinces and one autonomous city, Buenos Aires. Each of Argentina’s twenty-four gambling jurisdictions have their own regulations regarding online gambling. This generates a great deal of puzzlement as the laws are different depending on where you are. Although it is forbidden for the residents of Argentina to gamble at legal betting sites that are not licensed in Argentina it has proven to be almost impossible to enforce due to the latter.
Currently Argentina doesn’t offer nationwide remote gambling as it is generally limited to certain provinces that have regulated online gaming and are restricted to players located within those specific jurisdictions. However, even if it is allowed in any of them, there seems to be no regulations for player protection in place. Therefore, it might be best to rely on the known international online casino operators that offer a safe and reliable wagering experience to their customers. Most of them have made a lot of effort to make their payment systems easier and please gambling loving people by providing plenty of banking options apart from accepting country’s currency which is Argentine Peso. 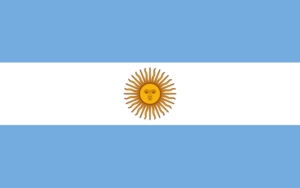 It was assumed that 2006 would be the year when the interactive gambling industry in Argentina would have the official regulations in this industry. There were actually first licenses that were issued for the commercial use. Nonetheless the federal government decided to ban such activities and the authority was handed over to the 23 separate provinces resulting each of the province having its own regulatory. As such there are no general definitions related to online gambling in Argentina.
Each province therefore has shown some interest in setting their own online casino platform. Clearly, the autonomous district Buenos Aires wanted to have their say and become an essential party both in terms of expanding the industry and regulating it. That was followed by the closure of some casinos in 2018 and the opening of new ones who were granted with 20 years long licenses. The trustworthy Gaming Laboratories International (GLI) was appointed to perform the audits on the contract-based terms.
2018 was also the year of provinces and the city of Buenos Aires passing the legislation to authorise online gambling. It was also established that authorised online casino operators would be liable for the tax rate of 15% on all gross wins from casino and sports betting and an additional tax of 2% on gaming machines and bingo wins.
Both lottery and sports betting are under the authority of the National Lottery (Lotería Nacional Socieded del Estado) in Argentina and each separate province is expected to cooperate with them in order to offer such services to their residents.
Despite the attempt of some jurisdictions to regulate online gambling businesses it can still be said that there has been no major development in this industry in Argentina.
One of the utmost online gambling restrictions in the City of Buenos Aires is rejecting the land-based licence owners from the possibility of applying for an online gambling agency permit.
Does Argentina issue gambling licenses?
Having no generalised gambling in the country the licensing process remains rather vague and uncertain up to date. This causes a great popularity of the international service providers in Argentina.
However, Argentina does have the official authority called The Board of Association of Lotteries, Pools and Casinos (ALEA) that operates through the individual agencies across the provinces. They have spent a lot of years encouraging the government to move the licensing process to the federal level. They see it as an opportunity to clean up the industry in Argentina and make it more clear and transparent. Unfortunately, due to existing corruption within the gambling licensing system they have not managed to succeed yet.

All sorts of gambling are widely accepted in the Argentine society. It is not a secret that Argentinians are passionate football lovers, resulting in sports betting being extremely popular among the residents of this Latin American country and numerous land-based sportsbook operators offering bets on football matches along with some other exciting sporting events since the old days. Country started to issue online sports betting licenses in 2006.
Along with the sports horse racing also dates back in time as one of the earliest forms of gambling in Argentina. Horse racing was organized by the Jockey Club Buenos Aires that was founded by the Argentine to-become president Carlos Pellegrini in 1882.
Another popular gambling activity in Argentina is poker, specifically the online version of it. However, government didn’t seem to quite support its residents bluffing habits and banned international online poker sites in 2008. Argentinians are pretty well aware of the fact that they cannot be prosecuted and still choose to take their chances on the foreign poker platforms.
First legal online casino in Argentina was founded in 2002.
Argentina is a home to the largest numbers of casinos in South America.
Argentinian players would be pleased to know that their country does not currently tax winnings that are received by gambling. However, government has its ways in replenishing the treasury by
taxing the betting companies within Argentina.

Is gambling legal in Argentina?

Both land-based and online gambling are legal in Argentina.
The general law of Argentina states that gambling and gaming are prohibited only if it is not authorised by a competent authority. This is in place in all of the 23 jurisdictions of Argentina. According to the Law No. 27.346, section 301 of the Argentine National Criminal Code the operation of gaming and gambling businesses without an authorisation granted by the competent (local) authorities is considered a criminal offence that carries a penalty of three to six years of imprisonment.
The legal gambling age in Argentina is 18.

Below you will find the latest reviews that out team has written about casinos that accept players from Argentina. Enjoy!