How to play Teenpatti Online? 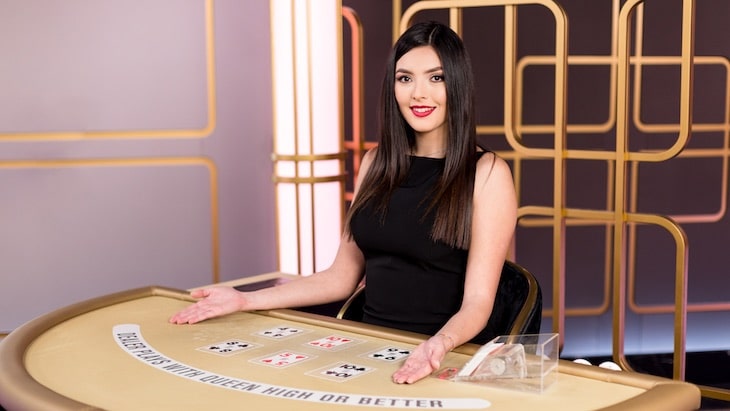 Everyone knows that online slots are the most popular game you can play in online casinos in India nowadays. They’ve evolved far past the lever mechanics and now come with exciting bonus rounds and sharp graphics that make them look and feel like video games. And, while they’re indeed trendy, card games remain a major casino favorite.

Poker is the most popular card game in the world, and it’s viral in India too. It comes in many shapes and sizes, from Texas Hold’em and Omaha to lighter variants with competitive and social elements. Poker has inspired a slew of card games with similar gameplay, namely rummy and three-card brag. The latter is an English card game that was heavily influenced by poker, and managed to inspired the creation of a new Indian card game known as Teenpatti.

This isn’t a card game you’ll see available in many casinos. As a matter of fact, it’s mostly ‘confined’ to India and South Asia. Nevertheless, it’s a fun card game that everyone loves to play, especially during Diwali. Teenpatti online remains a popular game for online casino fans, and in this guide, we’ll let you learn everything about it.

Teenpatti online is a gambling card game that’s a major hit in India. It’s a social game closely related to Hindy celebrations. It’s usually played on the streets during Diwali, but due to its popularity, it has also hit online casinos with the same success. Now everyone can play Teenpatti in India online casinos for free or against real dealers if you go with live Teen patti.

The main goal of Teenpatti online is to get the best three-card hand while growing the pot money until a showdown. In that regard, it can be compared to many poker games. It draws influence from the English three-card brag, a game that’s been originally based on poker. Of course, the hands are similar yet not the same in Teenpatti, as they’re formed with three cards rather than five.

Teenpatti can be played online socially with family or friends. It’s a fun and simple card game with no complex rules. In India online casinos, you can play it for free socially or for real money in live casinos. Being a poker derivative, it’s essential to learn the hand rankings by heart and go over the rules before you decide to play it for Rupees.

Of course, you should always play at reputable casinos if you want to win real money in return.

How to Play Teenpatti Online

As mentioned earlier, Teenpatti is not a challenging game to play. If you’re familiar with poker’s most important rules, you shouldn’t have trouble playing it. It’s not poker per se, but it follows a pretty similar gameplay. This time, you’ll be doing your best to create top-ranked hands that can beat your opponent.

Below you can see an extended Teenpatti online guide where we’ll cover the rules and hand rankings.

Teenpatti is a card game played with a standard pack of 52 cards. Jokers are excluded. Most Teenpatti online games are played with 3-6 players. Before the cards are dealt, the so-called boot is decided. That’s the minimum stake added to the pot in the center of the table. The pot will keep growing as players win their hands, similar to a game of poker.

As soon as the minimum stake is bet, players get 3 cards each face down. The game begins with the player closest to the dealer. He starts the game with the boot, and with each move, it increases. Every player has two options to play – he can play See or Blind. The first option means seeing his cards, but in this case, the player must bet double the boot.

If a player chooses Blind, they must bet the current stake. Players take turns betting the boot until all but one remain. The winner can claim the pot, but not before a showdown between the two last players. The so-called show occurs by both players showing their cards and taking turns by betting the boot. Their sequence is then compared and one snatches the win.

At any point during the game, every player can request a sideshow from the player that bet before them. This request can be accepted or refused with no influence over the game. The sideshow plays just like a regular show, and the player with the lower hand rank folds.

If you know poker hand rankings, you’ll know how everything works in Teen Patti online. You’ll be creating three-card hands with different cards with many of them called by their poker names. Let’s take a look at the strongest and weakest teenpatti hand rankings below:

You won’t find many Teenpatti online games that can be played for free. The social game has been brought online thanks to live dealer variants in which you play against a dealer – just how Teen Patti was imagined. These live casino games can only be played for real money, so you won’t be able to practice first.

Now that you know the rules of teenpatti online and the hand rankings, that shouldn’t be a problem for most Indian players. Before you start playing live Teen Patti games, make sure to fund your account. The great thing about live Teenpatti is that it aims to replicate the social element of the Indian game, doing so with aplomb. Thanks to these games, you can enjoy Teen Patti from your home.

Indian casino fans nowadays love to play on the go. It’s easy and convenient and thanks to today’s casino apps, you can play with a flick of your finger. Mobile apps and mobile-optimized casino websites allow you to play Teenpatti online anytime and anywhere. There are no specific hardware requirements – as long as your smartphone has a stable Internet connection, you’re good to go.

You can play any Teen Patti game on your smartphone or tablet, including live dealer games. Having a pocket full of Teen Patti games is not something we could have imagined years ago, but the future is already here.

What’s the best casino site in India where you can play Teen Patti? That depends entirely on you. The online casino industry in India is booming. There have never been more casinos to pick from, and all of them are pretty solid. Of course, some might be more suitable for your wants and needs, and there’s no reason not to try them all.

Below you can see our recommended India online casinos. They’re all reputable and easy to join, and of course, come packed with bonuses and the best Teen Patti games.

Teen Patti is a traditional and fun game that has found its niche among Indian poker and social games. It offers a different take on card games and is primarily played for fun, just like all gambling games should be. Of course, the burst of India online casinos has brought it in the limelight, allowing players to enjoy it for real money too. You can easily play Teenpatti online or on the go these days as long as you choose a reputable casino.

We have plenty of those recommended above, so make your pick right now and enjoy Teenpatti online!

Can I play Teenpatti for free?

Yes, you can, although it’s hard to find online casinos in India that offer RNG variants of the game. In most cases, you can play it for real money, so previous knowledge is required.

The top hand that you can get in Teenpatti online is called Trail. Also known as Set or Trio, it contains three cards of the same rank – Aces or 2s.

What’s a blind or a seen player?

A blind player is the one who chooses to bet without seeing his cards. On the contrary, a Seen player takes a look at his or hers cards before betting.

Can I play Teenpatti in live dealer casinos?

Yes, you can. There are plenty of live casino Teenpatti games which incorporate the gambling and social elements in the game properly.